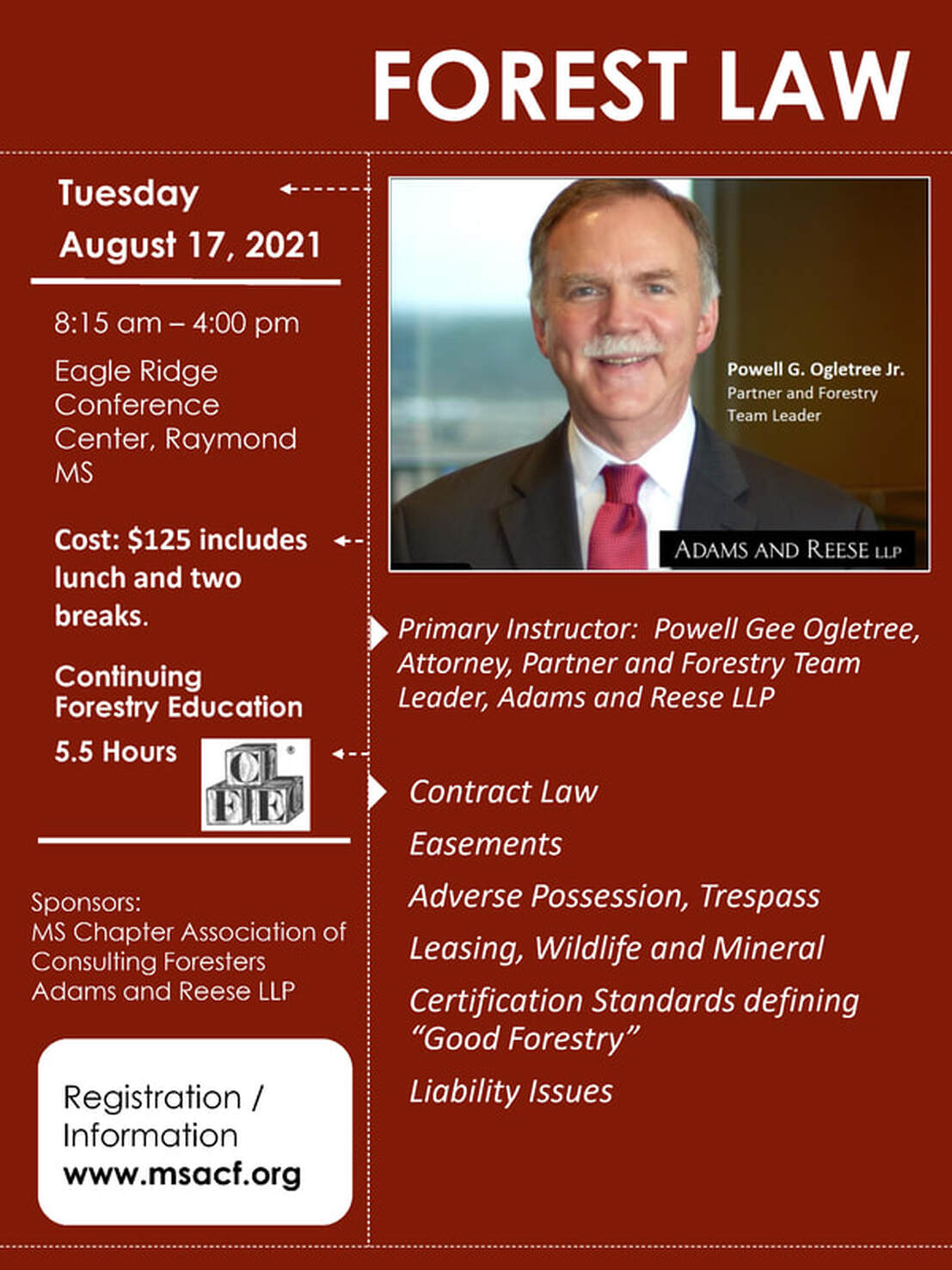 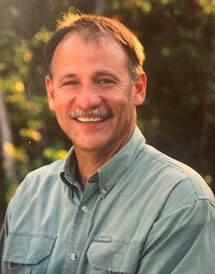 Charles Randall Rice, 70, of Hattiesburg, MS, beloved husband of Deborah, father to five children, grandfather of 11, and respected leader in the Mississippi forestry profession, died on December 12, 2020, in Ridgeland, Mississippi. His family was with him as he stepped from this world into the presence of Jesus Christ, his Lord and Savior, and was healed of all pain and suffering.

Randy was born on July 4, 1950 in Princeton, Indiana to Charles Edward Rice and Virginia Ruth Sweeney Rice. He was the second of six children. The Rice family moved many times in Randy’s childhood due to their father’s career in the oil industry. Randy ultimately graduated from Vidalia High School in Vidalia, Louisiana in 1968 and enrolled in the School of Forestry at Louisiana Tech University in Ruston, graduating in 1972. On New Year’s Eve of 1971, he met his future wife, Deborah Lowry, on a blind date. They married in 1973 and settled in Yazoo City, Mississippi, where Randy had been hired by Forest Owners, Inc., a forestry services cooperative.

Randy was offered the opportunity to assume ownership of Forest Owners in 1986 and jumped at the chance to build his own business, which he eventually relocated to Hattiesburg, Mississippi. He grew the business for the rest of his working life, forming relationships with landowners all over the state, many of whom were his clients for 30 years. Randy’s special expertise in the management of hardwood timber and Longleaf pine combined with his prescient decision to become a licensed real estate broker made him a sought-after consultant for private landowners looking to manage or acquire investment land and timber.

Most days, Randy left home before the sun was up and spent the day cruising timber, walking the gullies and hills of Mississippi with a map and a compass. He would return home covered in sweat, mud, and tree marking paint. He once survived a tornado that felled trees all around him as he clung to a stump. But as a man who loathed office work, he was always happiest in the woods, surrounded by the trees he loved and spent his life helping to flourish. He was well known in his industry, and in 2006 was appointed by Mississippi Governor Haley Barbour to serve on the Mississippi Board of Registration for Foresters.

Between 1980 and 1989, Randy and Deborah welcomed five children: daughter Haley, twin sons Ryan and Aaron, and daughters Hannah and Audrey. In those years the family had a hunting property with a cabin in Duck Hill, Mississippi. His children agree that among their fondest memories are the weekends they spent fishing, roaming the woods, building forts, getting up early to go deer hunting and riding four wheelers at the cabin. His sons agree that they never worked harder in their lives than Randy made them work to clear dead limbs, burn underbrush and bring the land surrounding the cabin up to his exacting standards.

As a father and husband, Randy was affectionate, humorous, and a prolific giver of nicknames. Among the mystifying names he gave to his children were Big Girl, Hamminerooney and Moosey Baby for his daughters, and Slug Doggies for his sons, which he did, we promise, intend as a term of endearment. His children wish to note that his own self-appointed nickname, Sweetie Boy, was decidedly more flattering, and was matched only by his name for Deborah, who was always Sweetie Girl. When Randy was in his early fifties, his teenage sons took revenge and began addressing him as Geezer, which was later shortened to Geez. His family after that rarely referred to him as anything but Geez, and he loved it. When his grandchildren began to arrive, they only ever knew him as Geez. Randy was not a proud man, but he loved to brag about his children and grandchildren, and named them among his greatest joys in life.

Randy was a born storyteller, and no one enjoyed his stories more than he did. When he reached the punchline of a story, even one he had told dozens of times, he would slap his knee, throw his head back and roar with laughter. He was also interested in the stories of other people, and was quick to strike up a conversation with anyone. Due to this quality and his lifelong love of a good breakfast, he was acquainted with all the regular customers of many small town diners he frequented in his travels up and down the state.

Randy was many things to so many people, but most of all he was a committed Christian. He served as a deacon at Second Presbyterian Church (PCA) in Yazoo City, Mississippi, and he and Deborah faithfully took their family to church every Sunday. Although Randy was a humble man not given to outward display, the fruit of the Holy Spirit was evident in his life. In his final days, Randy’s family had the privilege of hearing many family members and friends express their gratitude and thanksgiving for Randy. Among the most commonly mentioned attributes were his humility, kindness, integrity, strength, honor and faithfulness. Many described him as their hero, someone they looked up to, knew they could count on, and turned to for advice.

He is also survived by his five siblings, Steven Rice and wife Pam of Gulfport, Mississippi; Martin Rice and wife Donna of New Braunfels, Texas; Julie Lindsay of Simpsonville, South Carolina; Emily Sikora of Daytona Beach, Florida; and Barbara Jackson and husband Steve of Sicily Island, Louisiana.
The Rice family extends special thanks to the staff of The Blake at Township in Ridgeland, Mississippi, who loved and cared for Randy in the final months of his life. The Rice children honor and give thanks to their mother, Deborah, for her faithful love, unending loyalty and commitment to our father throughout their marriage and especially in the difficult last years of his life. Together they truly lived out their vows to love one another for better or for worse, in sickness and in health, until death parted them. Finally, we give praise and thanksgiving to God for the man he made Randy to be and the blessing he was in all of our lives. While we mourn, we also rejoice in the certainty of the resurrection, and know we will see him again.

Due to the COVID-19 pandemic, there will be a private burial service. In lieu of flowers, please email the family with your favorite Randy Rice stories to randyricestories@gmail.com. He loved a good story.

Randy will be sorely missed by the members of the Mississippi Chapter of the Association of Consulting Foresters.

The 2021 ACF National Conference will be held June 26-29 in the heart of Eugene, Oregon at the Graduate Eugene.  The Oregon Chapter is already making plans to create a successful event!  We are optimistic the conference will take place as planned and while we know things may look a little different, we can’t wait to welcome our members to the conference!

Eugene, “A Great City for the Arts and Outdoors,” is located at the southern end of the Willamette Valley, often considered synonymous with "Oregon Wine Country.”  This small yet diverse city offers something for everyone!

The Graduate Eugene hotel is sure to be a fun and fitting place to reunite with ACF friends and colleagues.  Prepare to be inspired by little moments of surprise and discovery that meet you around each corner and down every corridor at the Graduate.  A giant wooden duck will welcome you in the lobby.  Elements that celebrate Oregon’s lush landscapes, Pacific Northwest heritage and Oregon University’s famed track and field program fill the rooms.

If that doesn’t sound exciting enough, you may get the chance to meet an Olympian or two while in town!  The U.S. Olympic Track & Field Team Trials will be taking place just before the conference - so this means you’ll want to make your travel plans and hotel reservations early!

We can’t wait to get together again and it’s not too soon to make plans to be there!  Reserve your room today by clicking here.
To ensure the safety of guests and associates, Graduate Hotels has rolled out Graduate Cares, a pledge to create an exceptionally safe environment.